Eric Gallite Believes Real Experience is Learning From Our Mistakes

Everyone makes mistakes; it’s a part of life and if you look at it from a little philosophical point; mistakes are a blessing in disguise. If Alexander Fleming hadn’t thrown away the Petri dish, he wouldn’t have noticed mold growing from it, which led to Penicillin's discovery, a powerful antibiotic. If Thomas Edison hadn’t made 1,000 different mistakes in creating the bulb, he wouldn’t have gone past those 1000 failed attempts and invent the light bulb on the 1001st try. Eric Gallite shares this same mindset as he believes mistakes are a part of your journey to becoming experienced in your field. 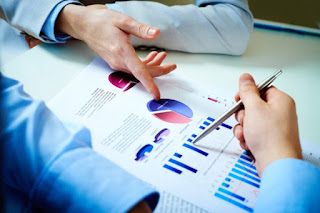 Being a CEO of two car transport companies and the head of a freight shipping division of one of his auto shipping companies, Eric has made his fair share of mistakes. However, Eric says that making a mistake is not enough; it will just leave you hanging in the middle. Learning from that mistake is what makes it 100% worth it.

‘Don’t be scared to make mistakes as they are just learning bumps in the road.’ Eric Gallite

Don’t Be Afraid to Fall if You Want to Fly:

One thing that makes you successful is the risk appetite you have. The higher the risk, the greater the reward. However, sometimes, things don’t go as you might anticipate, and your risk might turn into a big mistake. But that’s okay. It’s completely fine as long as you don’t give up, learn from it and try again while avoiding the same mistake. This is how the wright brothers flew the world’s first plane and this is how you can fly in life.

Taking risk gives you wings and takes you above those who are scared of climbing the mountains and taking leaps of faith. Eric Gallite knew this, and that’s why he took a giant leap when he launched Easy Auto Ship. He ran into cash flow problems, but he came out of it as well. Eric dared to step out of his comfort zone and his days of semi-retirement, and launched this company, and now, he is reaping the fruits from the tree he planted years ago; he is flying high.

You might think that a point will come in your life when you will do everything right, well that’s never going to happen. As you grow, your mistakes grow with you. Someone just starting a business might make mistakes like hiring inexperienced staff. However, someone who has a well-established business might bigger mistakes like launching the wrong product in the wrong market. Hiring inexperienced employees might not hurt you as much as launching a completely new product only to see it fail.